Established in 1907, Sunbeam Family Services is Oklahoma’s longest-serving social service agency. Founded as a children’s home for dependent and neglected children, we have evolved to meet the growing needs of the community, today serving vulnerable children and families throughout central Oklahoma. Sunbeam has been a proud United Way Partner Agency since 1924.

1907 – In 1907, Lizzie Swisher saw a need to for a children’s home in her community. With basket in hand, Lizzie and a group of women went door-to-door in their historic Oklahoma City Heritage Hills and Mesta Park neighborhoods, asking their peers for financial support. That passion to provide safe housing for homeless boys and girls spread, and their efforts raised enough funds to build a children’s home.

World War II — Sunbeam operated a nursery for the children of women who worked in war-connected industries and licensed other providers of similar child care operations.

Late 1940s — Sunbeam again broke new ground when it served as a resource for emergency detention of children under the age of 16 who had committed crimes. Sunbeam’s board of directors provided leadership for the creation of what is today’s Oklahoma County Juvenile Bureau.

Early 1970s
Sunbeam began to provide services to the elderly and their families, now known as the Senior Companion Program.

1974
Sunbeam was one of the first organizations in the nation to run the Caregiver Fundamental Program.

2003
The Caregiver Fundamentals program was expanded from support for individuals who are caring for an aging family member to include services for grandparents raising grandchildren. Today the program also provides respite care for individuals caring for a loved one with Alzheimer’s.

2009 – Educare Oklahoma City was built and opened to serve children from birth to four years old. This LEED-certified, state-of-the-art facility is part of a national organization, the Educare Learning Network, of which there are 24 other Educare facilities across the country. Sunbeam owns and operates Educare OKC, which offers the highest quality early childhood education and care.

Sunbeam received its first Early Head Start-Child Care Partnership (EHS-CCP) grant and began partnering with several local child care centers and nonprofit partners to provide EHS services across Oklahoma County. EHS-CCP was designed by the Office of Head Start and Office of Child Care at the federal level and was intended to increase quality in local child care centers and family child care homes. This unique approach offers numerous benefits and is able to reach and impact children enrolled in traditional child care.

2019 – Sunbeam received its third EHS-CCP grant and partnered with nonprofits Positive Tomorrows, a school for children who experience homelessness; ReMerge, an female diversion program for pregnant women and mothers of young children; and WovenLife, a nonprofit serving multi-generational clients. Sunbeam also partnered with Millwood Public Schools and was provided space on their campus which will enable education services for birth through college on one campus. Millwood is located in one of the highest at-risk communities in all of Oklahoma. Sunbeam also expanded the existing program at OKCPS’ US Grant Little Generals. OKCPS also leased Pierce Early Education Center to Sunbeam, where we provide EHS and HS services to children.

2020 – Sunbeam opened Pierce Early Education Center, which was repurposed as part of OKCPS’ Pathway to Greatness Plan, and a classroom at ReMerge. 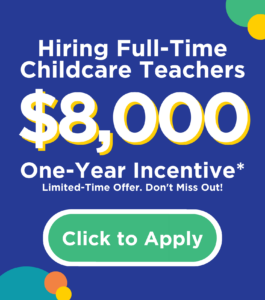